Investors are adopting a variety of strategies to deal with the continuing Bitcoin (BTC) price correction.

The investors anticipate that the asset would surge again in the future. In this case, it appears that the majority of Bitcoin investors are following the 'HODL' investing strategy. 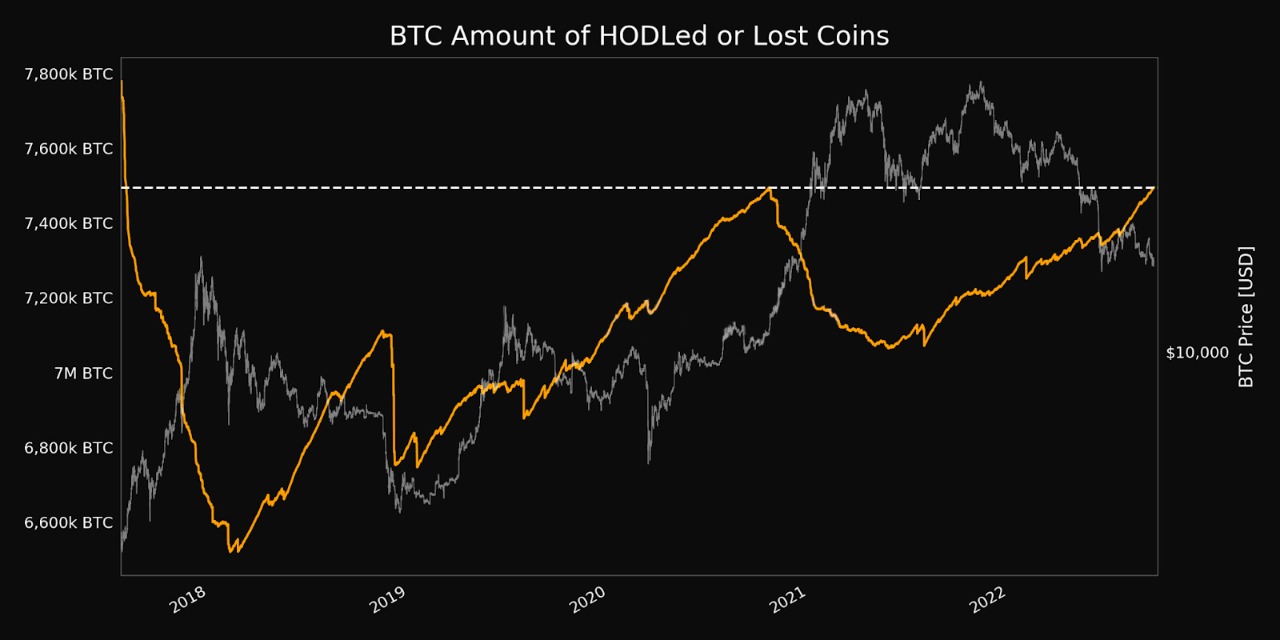 It is worth noting that the amount under HODL often includes Bitcoin in addresses whose owners have lost their access keys. This type of Bitcoin is described as "lost coins."

Implication of more BTC in HODL

Notably, the amount in HODL reflects the current status of the market, which is characterized by significant volatility. In this situation, increasing Bitcoin addresses indicate a pessimistic market picture since investors are hesitant to sell their coins.

Furthermore, the holding will likely result in fewer Bitcoins circulating, reducing liquidity while restricting the possibility of whales dumping in the market and influencing prices.

As more investors sell their Bitcoin, the flagship cryptocurrency is striving to avoid a further drop below the $20,000 level. In this case, long-term cryptocurrency investors tend to hold onto their holdings in expectation of a market rally.

Additionally, the current Bitcoin price has offered an opportunity for investors to accumulate the asset cheaply and HODL in anticipation of a future rebound.

Furthermore, some analysts have stated that the present market downturn is only transitory and is part of Bitcoin's overall upward trajectory.

For instance, a senior commodities strategist at Bloomberg Intelligence has recognized that the current BTC price is selling at an enormous discount. The strategist further stated that the asset will climb to $100,000 by the end of 2022.

Interestingly, if the majority of holders are waiting for the price to increase the amount in HODL may increase, given that Bitcoin is expected to make more losses.

Notably, with the Federal Reserve raising interest rates, some analysts, such as Gareth Soloway, chief market strategist at InTheMoneyStocks.com, believe Bitcoin will fall further to about $12,000 before recovering again.

In the meantime, Bitcoin has gained about 4% in the last 24 hours and is currently trading at $19,330 at the time of writing.