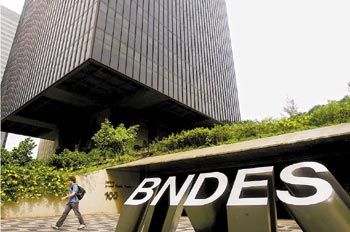 The Brazilian Development Bank has developed the Brazilian Blockchain Network, a mechanism aimed at assisting other Brazilian organizations in boosting public openness. The launch, which was aided by the Union's Court of Accounts, serves as a call to action for more entities to join this project, which hopes to have its first applications ready by 2023.

On May 30, the Brazilian Blockchain Network, a public and distributed blockchain, went live. The event, which was co-hosted by the Brazilian Development Bank and the Union's Court of Accounts, served as a springboard for additional institutions to join in the network's growth and advancement.

The president of the Brazilian Creation Bank, Gustavo Montezano, who is in charge of the network's development, stated that the organization will make deals with other government bodies to collaborate on the project.

Montezano also claimed that the Brazilian Blockchain Network's next step would be to move out of the lab and produce a workable production prototype, allowing other third parties to focus on developing apps for the network.

The network is still in its early phases of development in these institutions' laboratories, with working applications planned by 2023.

One of the most important concerns that this network aims to address is Brazilians' mistrust of government institutions. Wesley Vaz, director of the Court of Accounts of the Union's Information Technology Inspection Department, feels that shifting public operations on a blockchain and mandating them to follow specified restrictions can help with this problem.

The blockchain rules and limits will be developed to replace current practices. According to Montezano, the initiative has the ability to meet these goals. According to him, the Brazilian Blockchain Network has the potential to significantly alter the way the public sector operates in terms of accountability, productivity, and security.

While the network has been under construction since 2018, the Brazilian Development Bank has just begun disclosing technical specifics about its functionality. Gladstone Arantes revealed in March that the network's design would be built on a proof-of-authority consensus method, with no mining on top of it. He also announced that the project would be based on Hyperledger Besu 2.0 at the time.

Hyperledger Besu, a Java-based Ethereum client formerly known as Pantheon, is the first blockchain project submitted to Hyperledger that can operate on a public blockchain. Besu exemplifies how businesses are increasingly interested in developing permissioned and public network use cases for their services.

Kucoin and Bybit are charged by Canadian regulator OSC
By : COIN GABBAR 25 Jun 2022

Binance secures Cristiano Ronaldo as a partner for its NFT push
By : COIN GABBAR 24 Jun 2022