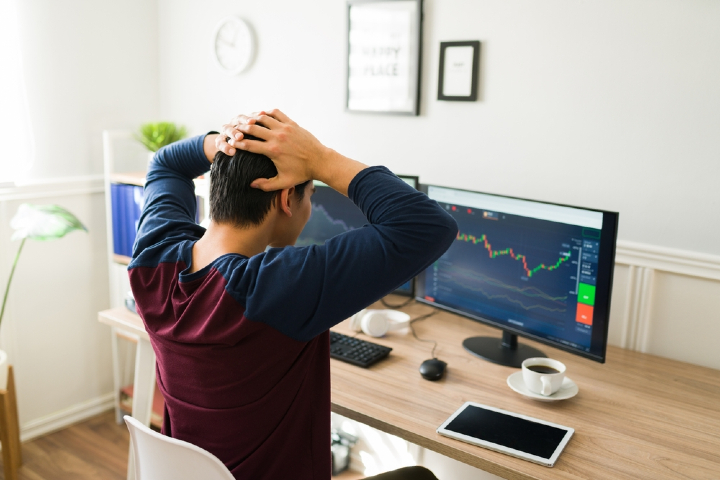 The great depression in luna foundation,

From when the fuss started

On Tuesday, Binance declared that the luna and UST tokens would be temporarily suspended due to a high volume of outstanding withdrawal transactions caused by "network slowness and congestion." The cryptocurrency exchange's latest step comes once LFG opted to lend $1.5 billion in BTC and UST to guard the latter's peg.

The business conjointly declared that withdrawals for the 2 tokens would be resumed once the network is deemed stable and therefore the number of unfinished withdrawals has decreased.

Withdrawals have conjointly been suspended on different standard sites like Kraken and CoinList. On the other side, FTX continues to handle UST withdrawals.

Terra USD (UST) lost its peg with the dollar over the weekend, as The Coin Gabbar previously reported. One of the largest stable coins by total issuance takes a hit as low as $0.68 before recovering to $0.91.

The Luna Foundation Guard declared that it'll lend $1.5 billion in Bitcoin and UST to third-party platforms that arrange to support the algorithmic stablecoin's peg so as to defend its peg.

The address, that formerly held over 75,000 BTC, is currently utterly empty. Many critics feel the action has worsened a sell-off within the Bitcoin market, that has driven the value to its lowest point since July 2021.

What is happening now?

Value is locked on Anchor Protocol, Terra’s largest DeFi protocol, which dropped around $11 billion in the last two days.

The de-pegging of TerraUSD (UST) stablecoin with U.S. dollars contributed to a decreasing fundamental among traders for Luna, which saw it trade as low as $5 in Asian early hours today. Terra is a blockchain protocol that powers price-stable world payment networks with fiat-pegged stablecoins. It combines the price stability and widespread adoption of fiat currencies with Bitcoin, and it provides a fast and economical way to exchange cash.

As per the source data, Terra's market cap has currently fallen below that of its stable coin, UST. Even among the most important crypto tokens, it fell from ninth to fourteenth place. "This was an instantaneous response to the luna Foundation emptying it's Bitcoin and Ethereum Wallets," said raj A Kapoor, Founder of India Blockchain Alliance.

When the luna token's stablecoin deviates from its peg, it's 'burned,' and whereas striving to keep the price at $1 to avoid being burned additional, it's really forcing prices to plummet more, according to Kapoor.

Do Kwon's Terraform Labs and also the luna Foundation Guard conceive to restore the dollar peg? The extended depreciation has resulted in huge withdrawals from the Terra blockchain App Anchor, which has seen its balances drop by $7.8 billion or half-hour," said Melbin Thomas, Co-Founder of Sahicoin.

Edul Patel, chief executive officer and Co-Founder of Mudrex, echoed this sentiment, claiming that LUNA's stability has been broken by a variety of reasons, including its high beta and dumping from a large whale.

To support UST's peg, the Luna Foundation Guard deployed $1.5 billion in assets. it had been exactly for this reason that Bitcoin and different cryptocurrencies were kept in reserve. However, the solution has had very little result. The rising channel pattern on the daily chart of Luna has been broken. "An immediate support could be expected at $4," declared WazirX COO Siddharth Menon.

According to market analysts, it's best to avoid any new counter purchases now and instead stay on the sidelines. Kapoor said that Terra continues to be a good buy, however, it is time to use caution. Terra continues to be potent enough to grow because it has expanded its operation area on the far side of Asia.

Finally, what is taking place after this?

The Luna Foundation Guard (LFG), which is in charge of holding Bitcoin  as part of the reserves supporting the TerraUSD (UST) stablecoin, has given a trading business USD 750 million in BTC "to help sustain the UST peg." When asked what this means, Terra (LUNA) founder Do Kwon stated that the LFG does not intend to sell its BTC holdings.

According to a tweet-storm from the LFG on Twitter, it was an essential move to loan out BTC and to maintain the stablecoin's peg in the wake of increasing instability in crypto markets – and a momentary dip in the price of UST – over the weekend.

"As committed by LFG, it will take proactive steps to ensure the stability of the UST peg and the expansion of the Terra economy, particularly in the face of market volatility and ambiguity.," the LFG said in a Monday Twitter thread, adding that crypto market volatility has recently been "significant."

The thread further stated that, in order to cope with the matter, the LFG Council has voted to:

On Binance, the price of UST fell as low as 0.986 against tether (USDT) on Saturday before regaining some of its losses. As of press time, UST was trading at USDT 0.995 on the

exchange, still less than its peg.

Perhaps unsurprisingly, the LFG messages on the matter sparked a debate among the Twitter community, with some condemning the foundation for "not very clear" communication.

"Has BTC actually sold," and if so, "how much?" asked a Twitter user Tundra, who pin down himself as a core engineer for Terra's Nexus Protocol (PSI), a decentralized finance (DeFi) network. The user then questioned, "What does this 'loan' arrangement need?"

Other users jumped in, asking why the LFG didn't just sell their BTC to defend the UST peg instead of lending it out. Others claimed that the action was "quite likely PR" on the part of the LFG.

LFG “not yet sold bitcoin”

Terra founder Do Kwon, on the other hand, quickly clarified the matter, noting that the LFG is "not looking to quit its bitcoin holdings." Instead, according to Do Kwon, the idea is to have funds ready for market makers to buy UST if the price is below the peg, and buy BTC if the price is above (or equal to) the peg.

"We hope to get the debt refunded to us in BTC as markets recover," the Terra founder continued.

He also asserted that they "haven't traded bitcoin yet," emphasizing that the transaction is merely a "loan to a market maker."

However, the other members of the community criticized the degree of decentralization in the UST community, criticizing why the decision to defend the peg is taken by "the council."

"Definitely not acceptable," Do Kwon added, perhaps implying that UST still has a long way to go before it can be termed decentralized. He made a point of saying that the goal was to have "an on-chain BTC redemption procedure" available by the time the Terra economy constricted again, but that "we really lost the race against the clock."

Other users have speculated that the corporation is still hedging risks linked with its holdings by trading UST futures on FTX, a crypto exchange whose parent company is Alameda. "Does this relate to perps as well?" Do Kwon also hints about this thread.

Perpetual futures contracts, or 'perps,' are a frequent trading instrument in the crypto derivatives market.

Despite this, not everyone was critical of the Terra Foundation's decision, with one user asserting that the Terra founder just "loaned the BTC so that he has cash on hand to safeguard the peg if it's needed during a capitulating market."

The same person wrote, "Drama queens are making a huge deal out of the ultimate goal of purchasing BTC.."

Do Kwon reveal his proposal to partially back the UST stablecoin with BTC reserves earlier this year, which made headlines? He has also previously stated that the LFG aims to acquire up to USD 10 billion in BTC for the mission, making it "the world's largest single holder of bitcoin," aside from Bitcoin's creator Satoshi Nakamoto.

Tip: In the midst of the crypto market's massacre, one crypto project has taken the biggest hit, losing nearly 60 minutes of its price in precisely twenty-four hours.

If we tend to omit the dollar-pegged stablecoins, it isn't a little token or a one-time surprise this time, however a constituent among the top-10 crypto tokens. We're talking about Terra here (LUNA).

(in respect of this tip given above, the COIN GABBAR and the writer is not responsible for any instance that happens, we highly recommend you to use your analytic power to make any decision)